Clark & Clark realizes that buying, selling or refinancing your home can be a daunting experience. Our experienced lawyers and knowledgeable paralegals work closely with your realtor, mortgage broker and lender to ensure a hassle free transaction. 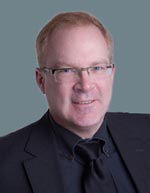 Geoff came to the practice of law after a career in professional and high-performance sports. He was the Strength and Conditioning Coordinator for the Toronto Blue Jays from 1993 to 1997, and was part of the World Series championship team in 1993.

Geoff was called to the Bar in Alberta in June 2003 and specializes in residential real estate conveyancing, with an interest in condominium governance issues, as well as Wills and Estate matters and small business law. He enjoys teaching the Basic Business Law course, in both Calgary and Edmonton, for the Professional Home Builders Institute of Alberta. Upon being called to the Bar, Geoff joined Sandy Cameron as a partner in Cameron Horne Law Office.

Geoff enjoys reading, yard work, scuba diving, and curling, and is happily married to Jordanna. They have one daughter, Havanna. 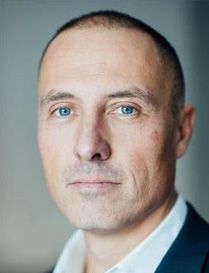 Why buy with us?

Why buy with us?
Mortgage Calculator
Search Listings

Why sell with us?

Why sell with us?
Home evaluation
Free consultation

Maxwell Canyon Creek
Cell: 403-861-2733 Fax: 403-592-8525
jdarel@johndarelrealty.ca
#203, 20 Sunpark Plaza S.E.
Calgary, Alberta T2X 3T2
Powered by myRealPage.com
Data is supplied by Pillar 9™ MLS® System. Pillar 9™ is the owner of the copyright in its MLS®System. Data is deemed reliable but is not guaranteed accurate by Pillar 9™.
The trademarks MLS®, Multiple Listing Service® and the associated logos are owned by The Canadian Real Estate Association (CREA) and identify the quality of services provided by real estate professionals who are members of CREA. Used under license.